How much television do you watch?

I saw you trying to shave hours off of how much time you spend glued to your TV every day!

But, seriously, if anything, this is a safe space to confess because I watch unholy amounts of television myself and, therefore, cannot judge you.

But as much as I like television,  I like reading more. And the 2016 Library Challenge is generous enough to combine two of my favorite things. So, if you’re participating in the challenge and need a book to fulfill this challenge, look no further. And if you’re not participating in the challenge but need something to occupy your time while your favorite TV show is on hiatus, you might find your answer here too. 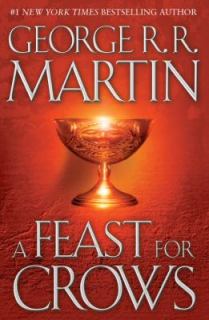 Unless you’ve been living on a deserted island, you’ve heard of HBO’s popular show Game of Thrones and the series of fantasy books it’s based on. Personally, I’ve been watching and enjoying the show for years but only recently picked up the books. I wasn’t entirely sure what it would be like reading them, despite knowing all of the major plot points, but I was quickly absorbed in all of the things that I loved about the show, like the complex characters, as well as all of the  wonderful things unique to the books.  Things I find riveting that are unique to the book include George R. R. Martin’s vivid world-building and his intriguing narrative structure, which allows you to sift through the chapters (that are all anchored in the perspectives of various primary and supporting characters) and decide who is reliable and who isn’t. And of course there are enough eventual deviations between the show and the books that I didn’t always anticipate what was coming next.

So, if you’re a fellow Game of Thrones fan who is depressed waiting for season 7 to premiere next year, console yourself with the books. (And also remember that no matter how long you will now have to wait anxiously for Martin to finally release the next installment in the series, your wait will still be less miserable than if you had been reading the series from the beginning.)

*Series also available as ebooks and audiobooks on Libby. 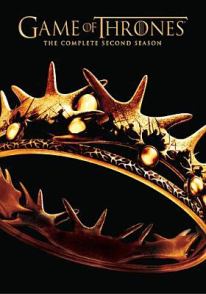 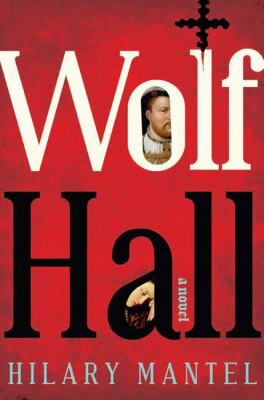 Fantasy not really your thing? Consider reading the first two books in Hilary Mantel’s lauded Thomas Cromwell series, Wolf Hall and Bring Up The Bodies. I had never read a Mantel novel before this year, but I have read a few this summer, and she quickly became one of my favorite writers. She has a real knack for bringing complex historical figures to life and evoking a specific time and place, all while spinning gripping stories with evocative, eloquent prose. In this series, she turns her attention to Thomas Cromwell and his role in the rise and fall of Anne Boleyn.

And even better, if you haven’t already, you can watch the excellent BBC adaptation of these first two books when you’re done. And you can then join me in waiting for the final book in the series, as well as the corresponding second season of the show, which producers have confirmed they intend to start production on as soon as the book is available.

**Most of the series also available as ebook and audiobook on Libby.

Are you suffering from Downton Abbey-induced withdrawal after this smash hit period drama about the lives of English aristocracy and servants wrapped up its final season earlier this year?

If so, you might find some solace in this book, which is not strictly the basis for the fictional show, but is a biography of a historical figure who was an inspiration for one of the main characters. In addition, said historical figure lived in the magnificent English mansion Highclere Castle, which served as the filming location for Downton Abbey. In the book, the current countess recounts the life and times of her husband’s grandmother and her fascinating-and at times scandalous–life among the Edwardian upper crust.

Recommended for those who enjoy Margaret Powell’s work and Jessica Fellowes’s books. 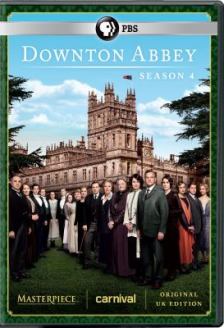 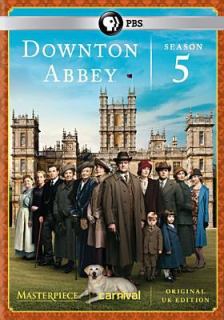 If you enjoy the bittersweet BBC show Call The Midwife, you will likely thoroughly enjoy reading the memoirs that inspired the series. Jennifer Worth was a young, directionless nurse when she came to London’s squalid East End as a professional midwife in the last 1950s. She chronicles her experiences, including her patients and her personal life, in these books. Show viewers might also be surprised, as I was, in how much more gritty the original books are. They’re an excellent social history for anyone interested in London, 1950s England, or medical professionals’ memoirs.  In addition, reading them might tide you over as you catch up with the recently released 5th season and wait for season 6.

Recommended for those who enjoy James Herriot. 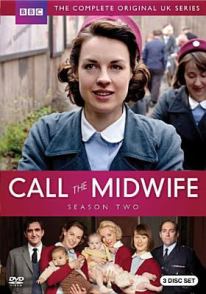 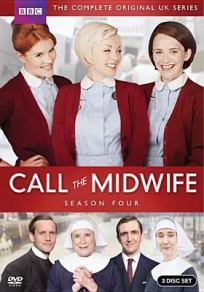 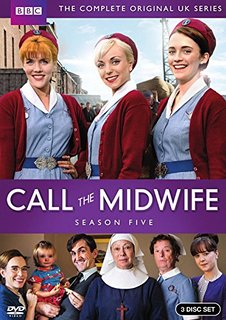 Orange is the New Black is one of the more popular television series we circulate at the library–in between seasons, it’s not at all unusual for me alone to field several questions each month about when the latest DVDs are coming out. But I rarely hear people asking for the book it is based on, perhaps because, like me until I started researching this post, they don’t realize it was based on a book, though they know it is inspired by a true story. We recently got the third season on DVD and the fourth season is now available on Netflix. But you can complement them both by also reading Piper Kerman’s original memoir of serving time in a minimum security prison, which chronicles her experiences and the inevitable culture shock as a self-described “WASP,” as well her fellow inmates’ colorful personalities.

Recommended for those who enjoy Jeffrey Archer’s A Prison Diary. 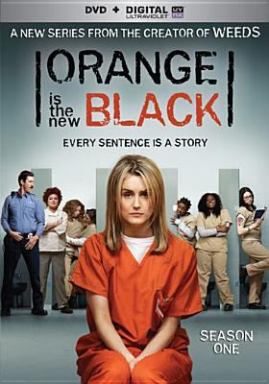 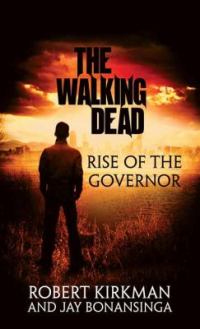 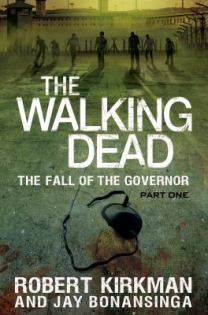 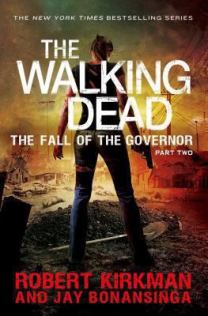 Another one of the more popular series that we circulate, The Walking Dead is such a big hit with our patrons that whenever anybody requests it, I’m surprised when it is actually on the shelf and not checked out. The volumes of the comic books that we have also are perennially popular with the show’s fans, but perhaps less well known is that Robert Kirkman has collaborated with Jay Bonansinga to write a novelized prequel series that chronicles Philip Blake’s time in the zombie apocalypse. The name Philip Blake might not have much name recognition for you–perhaps you know him better as the villain The Governor. In this series of novels, Kirkman and Bonansinga develop his back-story and deepen his characterization. So, if you’re in need of a The Walking Dead fix between now and the show’s seventh season premiere later this year, consider trying this series of prequels.

Recommended for those who enjoy Greg Rucka. 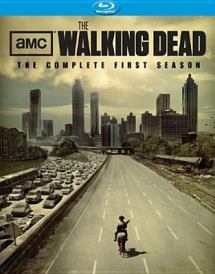 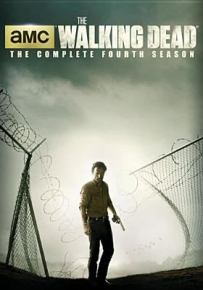 I didn’t write in-depth about this show and books because I have already done so earlier this year, but don’t forget that Diana Gabaldon’s Outlander series definitely works for this category too. Gabaldon is currently working on her ninth book and the second season of its corresponding show recently aired, so between rewatching season 1 and catching up with the books, there should be plenty of Outlander content to keep you occupied while you wait for the season 2 DVDs to come out later this year.

As always, if you’re interested in learning more about any of the shows or books mentioned, just visit our online library catalog.

6 thoughts on “2016 Library Challenge: A Book Based on a Television Show”