The arrival of new books at the library is always a matter of interest to me. Partially because I consider it research for this blog but also partially because I’m nosy and just want to see what’s new that I might like! A few weeks ago, Mary-Esther pulled this one aside and asked me if I’d heard about it or the crime in question. I hadn’t, but I was intrigued. Thanks to Mary-Esther for the excellent suggestion! This is a fascinating book about a bizarre crime that happened virtually next door to us forty years ago.

END_OF_DOCUMENT_TOKEN_TO_BE_REPLACED 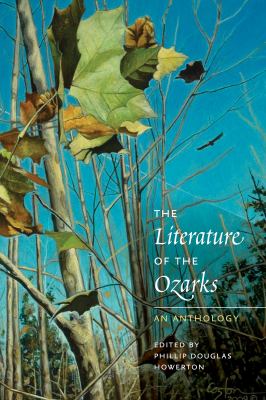 Every month, we’re profiling new-ish releases that are getting critical and commercial buzz. For July, we’re looking at a haunting story about families and scientific experimentation gone awry, a madcap mystery set on a British estate, and an anthology collection of local literature.

END_OF_DOCUMENT_TOKEN_TO_BE_REPLACED 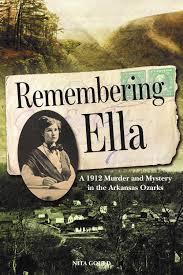 One of the more infamous crimes in our local area is the gruesome 1912 murder of Ella Barham in rural Boone County, which is just next door to us here in Berryville. I must confess, I had never actually heard of the crime until I read this book. Author Nita Gould has family ties to the case–Ella is a cousin, though one who died long before Gould was born. As Gould quickly learned when she started researching the case, local oral tradition of the case is unreliable and contradictory, so she instead turned to the extensive news coverage of the crime and court files to detail the murder of the vivacious eighteen-year-old and the subsequent arrest and trial of one of her neighbors. Thank you to Julie for ordering this book for me!

END_OF_DOCUMENT_TOKEN_TO_BE_REPLACED

We’ve been talking about the upcoming Books in Bloom Festival the past couple of weeks. As part of my preparation for attending, I started reading a book that will be the subject of one of the featured talks–Brooks Blevins’s Ghost of the Ozarks: Murder and Memory in the Upland South.

This books tells the strange story of Connie Francis, a drifter who was murdered in Stone County, Arkansas, in the spring of 1929 by several local men. That anecdote in and of itself doesn’t really stand out in the annals of true crime, but the fact that several months later Francis testified at his own murder trial does. (No, you didn’t read that wrong. The murder victim testified at his killers’ trial.)