Our library theme for 2020 is Your Library Card, Your Ticket to the World–because with the library, you truly can travel around the world without ever leaving the comfort of your own home. Every month in 2020, we’ll be landing at a new place on the globe. We’re in Japan for March.

Japan, with its fascinating culture and stunning landscapes, is a favorite destination in fiction for readers and writers alike–and for good reason! We’ve got a wide-ranging collection of books (and movies) set in Japan, many of them from Japanese authors/creators. It’s a little something for everyone. 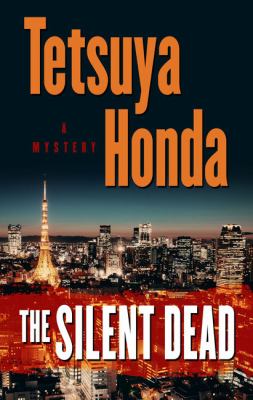 Tetsuya Honda’s series about Lt. Reiko Himekawa, a 20-something female homicide detective in Tokyo, is a huge hit in Japan, but it has only made its way in translated form to the United States in recent years. In this first book in the gritty noirish series, Himekawa battles questions about her competence based on her gender and age while also investigating a bizarre series of crimes.

Recommended for those who enjoy the Fredrika Bergman series by Kristina Ohlsson.

If you’re interested in sampling Japanese mysteries but reluctant to commit to a series where you are at the mercy of how fast translators work–being a Karin Fossum/Nordic Noir fan means I feel your pain–then try this stand-alone instead. The kidnapping of a young child has haunted her family and the police department that failed to find her for fourteen years. A former detective on the case, Yoshinobu Mikami is now a press officer for the force, and he stumbles across a new lead, which leads him down a path of investigation that he eventually wishes he’d never known. . . .

Recommended for those who enjoy the work of Tana French, Stieg Larsson, and Gillian Flynn.

If you prefer YA historical fantasy romance: 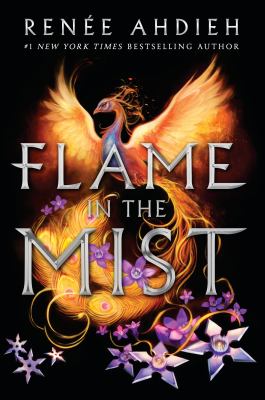 This two-part series focuses on Mariko, the daughter of a samurai in feudal Japan. She is a cunning alchemist, but a career was never an option for her. Instead, an advantageous marriage to secure her family’s fortunes is her future. Or is it? En route to the wedding, she is ambushed by a group of hired bandits named the Black Clan. She escapes the assassination attempt but infiltrates the group, disguised as a boy, to learn exactly why they were trying to kill her. Complications ensue when she falls in love with one of the would-be assassins.

*Both titles also available as ebooks on Libby.

Recommended for those who enjoy the work of Dhonielle Clayton, Ellen Oh, and Roshani Chokshi.

If you love manga–or want to give it a try for the first time:

This zany series is a perennial favorite, and if you like it, you’re in luck because you’ve got 21 total books in the series to enjoy. The misfit students of Kunugigaoka Junior High’s Class 3-E have enough problems on their own, whether it’s poor grades, a history of fighting, social awkwardness, or some combination of the above. But then they discover their new teacher is an octopus alien with freakish powers who is bent on destroying Earth. (Hey, it happens to the best of us.) It’s up to the misfits to stop him . . . but how?

Recommended for those who enjoy Kohei Horikoshi‘s My Hero Academia.

As with manga, we have a pretty good collection of anime in our system. If you’re curious about it but don’t want to start a series or are not a fan of some of the more fantastical elements it can often involve, instead try this classic movie about young love as its protagonist Taku wistfully recalls an awkward love triangle from his last year in high school. This is also a relatively early Studio Ghibli creation–the same folks who created Spirited Away and Howl’s Moving Castle, among others.

Recommended for those who like movies about high school, young love, or both.

P.S. If you like satirical horror, don’t forget the delightful Shin Godzilla, which I reviewed last year!

What’s your favorite book/movie set in Japan? Whose your favorite Japanese author? Do you like manga/anime? Tell us in the comments! As always, please follow this link to our online library catalog for more information on any of these items or to place them on hold.