Later this week (March 21st to be exact) is World Poetry Day. Now, if you’re so inclined, you could definitely write some poems to commemorate this day, but if you’re like me and poetry-writing-impaired, then you’ll probably just have to settle for reading some good poetry instead.

And to that end, I can’t resist recommending a few of my favorite poets.

As is probably true of many a young reader, Edgar Alan Poe was my first favorite poet. Subtle he is not, but it’s hard to find someone else with quite his flair for atmosphere. I’m not going to yammer at length about Poe since I have done that before, but I still have a soft spot for his work.

Emily Dickinson was another early favorite with her twisted sense of whimsy. Of course, she’s most famous for a handful of poems (like “Because I Could Not Stop For Death”), but as I’ve gotten older, I’ve come to appreciate some of her lesser-known gems more.

*Dickinson’s poems are also available as ebooks on Libby.

I first developed a liking for Blake in college. His work is startlingly modern and avant-garde for the time period he was working in (late 1700s/early 1800s) and is still striking even now. Still, my favorite poem of his is probably not a terribly original choice: “The Tyger.”

**Blake’s poems are also available as ebooks on Libby.

***Keats’s poems are also available as ebooks on Libby.

Keats is another poet I became fond of in college. Truthfully, some of that might have been because my friends nicknamed me Keats–more for my penchant for developing lingering respiratory infections than for any inherent skill at poetry–but I think he has just some of the loveliest imagery you can find in poetry. Bonus points for him in that his rhymes never seem forced. 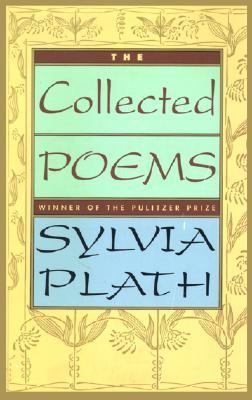 Plath is yet another poet I became a fan of while I was in college. As with Poe, I’ve already documented my love for Plath on this blog, so I won’t write too extensively about it again except to reiterate that I can still remember the first time I read one of her poems and the visceral reaction I had to it. There’s not many authors I can say that about.

Is it trite to list Robert Frost on a list of favorite poets? Perhaps. It’s certainly not a controversial selection–nor is anybody I included, I suspect–but there’s something so refreshingly naturalistic and unvarnished about his work, though it is also never as simplistic as it seems.

I also adore John Donne, Rainer Maria Rilke, and Wilfred Owen, but I couldn’t find collections devoted to them in the system. Still, I couldn’t bear not to mention them in a list of favorite poets.