I was going to substitute this feature with something else about the Great American Read, but then I realized that Ambrose Bierce’s birthday was this coming Sunday and, well, I just had to pen an ode to one of my favorite writers, AKA Bitter Bierce, The Diabolical Bierce, The Wickedest Man in San Francisco, The Rascal with the Sorrel Hair, The Laughing Devil, and (last but not least) The Devil’s Lexicographer. (I think I hit all the high points and included all the nicknames.)

Now, these nicknames make Bierce seem like evil incarnate, but he wasn’t. Honest!

He was just really, really, really, really grouchy, even by 19th century standards. And according to biographers, he was a crotchety, eccentric kid, so maybe when he entered this world on June 24, 1842, in rural Ohio, he was already destined to be one of the world’s best known literary misanthropes. (Though certain life events certainly did help him along that path.)

If you know of Bierce, it is likely because his two most famous works: his delightfully mean Devil’s Dictionary and his haunting, surreal Civil War short story “An Occurrence at Owl Creek Bridge.” These are both great, but there’s a lot more to Bierce than meets the eye. . . .

The Collected Writings of Ambrose Bierce (1946)

The cover for this one is plain, so I figured a portrait of Bierce would work better than a blank cover. However, what the collection lacks in cover art it makes up for in content. It includes his short stories (more on those in a minute), but it also has Bierce’s Devil’s Dictionary, which is basically a list of insightful, witty mock definitions. I wouldn’t recommend reading it straight through because that much sass in one setting can be a little too much. But Bierce is an equal-opportunity insulter, and his zingers are still pretty funny and quite quotable. Among my favorite definitions:

Egotist (n.) A person of low taste, more interested in himself than in me.

Kilt (n.) A costume sometimes worn by Scotchmen in America and Americans in Scotland.

Positive (a.) Mistaken at the top of one’s voice. 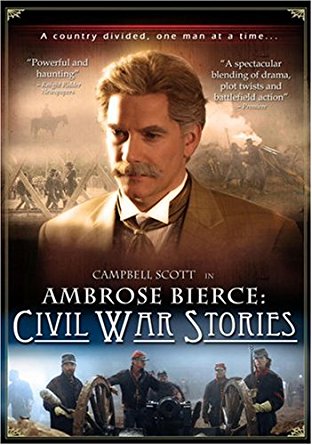 “An Occurrence at Owl Creek Bridge” is Bierce’s most famous Civil War story, but he wrote many others. In fact, Bierce is the only major American author who wrote about the Civil War who also served in it. He had a distinguished career with an Indiana regiment, saw extensive combat in the Western Theater of the war, and suffered a gunshot wound to the head at Kennesaw Mountain that caused him medical complications for the rest of his life.

Indeed, many theorize that Bierce’s wartime experiences were a driving factor behind his famous cynicism. His stories are, like much of his work, strikingly modern, and his Civil War stories capture the horrific fighting conditions far more successfully than more famous fiction about the conflict. It’s little wonder that several have been filmed, as with this DVD version of two of his stories. 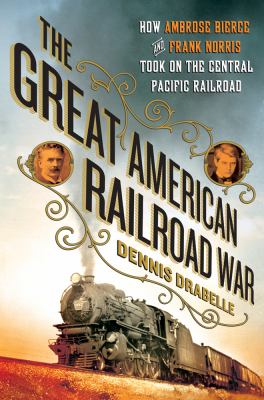 Bierce may be most famous for his definitions and his war stories, but he actually spent most of his professional career as a newspaper reporter, primarily in San Francisco during the 1800s. He was legendarily snarky in that endeavor, as well, of course. As a reporter, he is perhaps most remembered for the dozens of articles he wrote lambasting the Central Pacific Railroad’s refusal to repay government bonds. Author Dennis Drabelle provides a look at this more obscure side of Bierce’s career and American Western history in his nonfiction book.

Bierce had a colorful life, but his end was even more bizarre. Bierce rather famously disappeared during the Mexican Revolution. In his early 70s and suffering from severe chronic health issues, Bierce wanted firsthand experience of the situation for his reporting and was last seen with Pancho Villa’s army in 1914. After that, he literally disappeared without a trace. There is endless speculation of how he ultimately met his end, but in this novel, Mexican author Carlos Fuentes posits his own version of the final days of Ambrose Bierce. . . .

Are you a fellow Bierce devotee? Who’s your favorite literary cynic? Who is your favorite classic humorist? Tell us in the comments! As always, please check out library catalog for more information on any of these items or to place holds on them.

Just a reminder that we have a couple of different events going on today.

Later today at 5:30 p.m. in the library, author Larry Campbell, whose book about his trip down the Missouri I reviewed earlier this year, will be talking about his work and signing books. Please join us at the library!