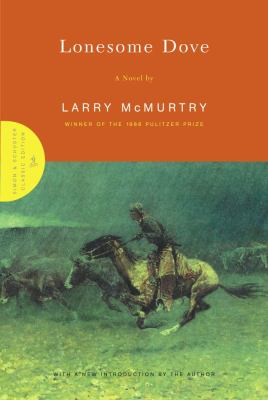 We’ve been chatting a lot about our “first favorites” for the Great American Read and Great Berryville Read. Those are the first books on the list of 100 books that jump out at you as automatic favorites.

I had 3 instant picks, and the one I have been leaning toward the most is Larry McMurtry’s modern classic Western Lonesome Dove. I’ve discussed my love of Westerns before, but I really don’t think you can get much better than this one. (As far as Westerns go, the only thing that I think ties with it is possibly Ron Hansen’s The Assassination of Jesse James by the Coward Robert Ford, another personal favorite. But it didn’t make the list!)

Trying to summarize the plot doesn’t do this novel, which is rich in characters and themes, justice. But at its heart, it’s the story of two former Texas Rangers, bored and burnt out with retired life, setting off on a cattle drive from South Texas to Montana. Along the way, they encounter psychopathic killers, stampedes, storms, snakes, sorrow, and more.

McMurtry’s book is a giant, at nearly 900 pages long. However, it is an easy read. It’s initial meandering pace may be offsetting to some, but I personally have always enjoyed how the book doesn’t mind taking its time. For me, it makes the characters seem among the most realistic that I have encountered in fiction.

Many books focus on heroes and villains but give short shrift to ordinary people. McMurtry, however, is just as likely to write from the point-of-view of a lazy deputy or a slow-witted ranch hand as he is a famed Texas Ranger. The result is that even the most ordinary or seemingly boring character is fleshed out and revealed to have surprising layers that still seem in character.

The book is a fairly meaty exploration of friendship, civilization, love, and honor, but it’s not pretentious in any way. It’s also quite action-packed, as one would expect from a Western. McMurtry intended Lonesome Dove as a deconstruction of the Western and has expressed surprise that it is held up as a gold standard of the genre. I think, though, that his emphasis on showing the decided lack of glamour of the Old West is precisely what makes the book so appealing and all the more realistic.

If you’re unfamiliar with the story, it’s only fair to warn you that the ending is famous for being, well, heartbreaking. But there is a lot of dark, offbeat humor along the way, at least. And if you read the book, you might as well also watch the excellent television miniseries adaptation. 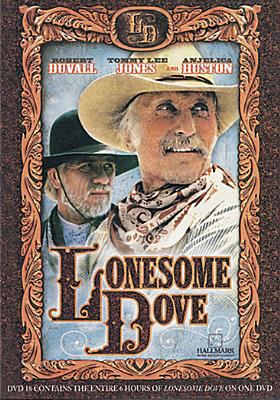 *Lonesome Dove also available as an ebook and audiobook on Libby.

If you are interested in learning more about these items, please follow this link to our online library catalog.

P.S. Please mark your calendars for the following upcoming events, both on Tuesday, June 19!

At 12 p.m., blogger Michelle Ross will start an hour-long Facebook discussion about the Great American Read on our page. We can’t wait to hear from both her and you!

At 5:30 p.m. at the library, author Larry Campbell will join us to talk about his book Rollin’ Down the River and sign copies. We’re looking forward to his visit and hope you will join us!