Every month, we’re profiling new-ish releases that are getting critical and commercial buzz. For April, we’re looking at a touching tale of things lost and things found, a history of how women won the right to vote in the United States, and a Gothic series about a 19th century woman with an unusually comprehensive knowledge of anatomy. . . . 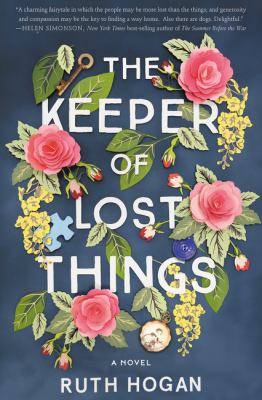 When Laura’s boss Anthony dies, he leaves her a lot — his house and his huge collection of lost things. After an early tragedy, he has made it his habit to collect lost things and reunite them with their owners. Now that he has passed on, it falls to Laura to continue his mission. In this heartwarming debut novel, Laura seeks to reunite the lost objects with their original owners . . . and also finds new friends and a romance along the way.

Award-winning journalist Elaine Weiss presents a readable history of an event that occurred almost a century ago: the ratification of the 19th Amendment, which gave American women the right to vote. Along the way, she provides profiles of iconic suffragettes, as well as an account of the various political machinations that went into both aiding and blocking their cause. 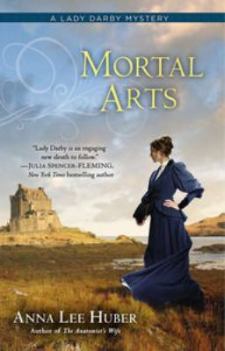 If you like murder mysteries with a historical flair but don’t want cozies, you might really enjoy Anna Lee Huber’s gothic Lady Darby series. So far, there are 6 books that have been released, with the latest coming out earlier this year. Lady Darby is a widow living in the United Kingdom in the 1830s. She has an unsavory reputation, through little fault of her own.

Her late first husband was an anatomist. Because Lady Darby is a talented artist, he recruited her to illustrate his studies, and she has never lived down the scandal. She also has a tendency, wherever she goes, of stumbling across a murder and an inquiry agent named Sebastian Gage. Complications, of both the legal and romantic variety, ensue.

Please follow this link to our online library catalog for more information on any of the items listed above.

What’s your favorite new-ish books? What books are you buzzing about these days? Have you read any of these books? Tell us in the comments!