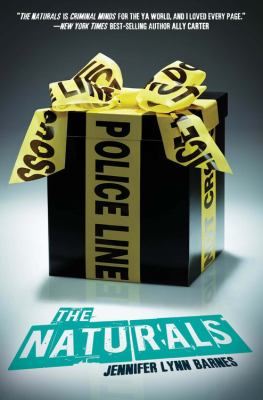 So . . . perhaps you read our Exploring the Fjord Side post and thought, “That Scandinavian crime fiction sure sounds bleak. I don’t know that I want to read something that snowy and brooding.”

In that particular case, perhaps Jennifer Lynn Barnes’s The Naturals, a gripping but decidedly less brooding (and non-snowy) YA mystery would be a little more to your liking.

Cassie is a 17-year-old girl who lives with her dad’s family and works at a diner and also happens to have an uncanny ability to read people. She can look at someone and deduce clues about their background and personality.

She doesn’t realize how special that makes her, though, until she becomes part of an FBI program that uses teens with talents like hers (so-called “naturals”) to crack cold cases. She’s recruited as a profiler. Once in the program, she finds herself dealing with personal drama between herself and her other eccentric team members, a possible love triangle, and murders. Specifically, murders that may be connected to her own mother’s disappearance five years ago. As you can imagine, dangerous complications ensue.

My coworker Jen recommended this book to me last year, and I enjoyed reading this YA thriller/procedural. (Thanks again for the recommendation, Jen!)

Barnes has an engaging writing style, and she knows how to spin an entertaining story. The Naturals is fast-paced and plot-driven, so I easily devoured it all in one setting. The premise of the story is, admittedly, farfetched and requires some suspension of disbelief. And I must admit that I never entirely let go of mine–as the poor kids in my tween book club will attest, I can be kind of a killjoy about the logistics of fictional stories–but I did find myself much more willing to go along with the plot once Cassie was part of the team and was in training.

I think the book is both a procedural and a thriller, but I thought it was its most effective as a thriller, partially because of the pacing but also because of Barnes’s skill in creating a tense atmosphere. There are lots of twists and turns. I did see numerous people refer to this book and series as “paranormal,” which surprised me because I never got a paranormal vibe from the story. From what I could tell, Cassie and her peers had advanced talents and skills, but it didn’t make them otherworldly. (I also consulted with Jen, and she told me it didn’t strike her as paranormal either).

The book was more intense than I initially expected it to be, but it’s definitely nowhere near as gruesome as more hard-boiled adult thrillers. So, if you are reluctant to try more graphic thrillers and mysteries, you might give this one a try. And even better, if you like the book, there are three more entries in this series. 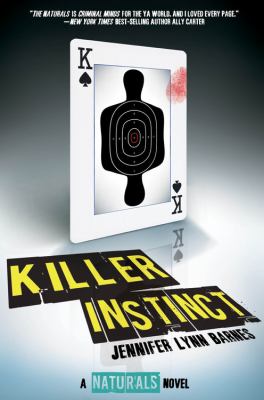 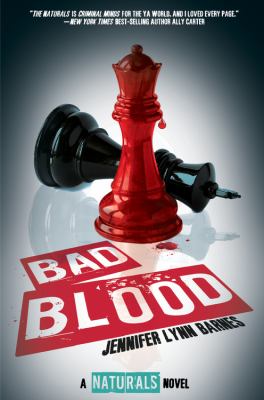 In any event, if you or a teen you know enjoys mystery-thrillers with a fast pace, exciting action, and a dash of romance, give The Naturals a try. To learn more about any of these books, just follow the link to our online library catalog.

Recommended for those who enjoy the work of S.E. Green, Maureen Johnson, Ally Carter, and Barry Lyga.