Happy New Year and welcome to the first installment of our new monthly series, Oddly-Specific Genres!

Last year, we hosted the 2016 Library Challenge, which was pretty intense. This year, we decided to take a more relaxed approach and are instead inviting you to step into a new genre in 2017…or really 12 new genres, one per month. And we don’t want people to get bored so we’ve come up with sub-genres, or perhaps sub-sub-genres (what I have termed “oddly-specific genres”) to tempt you to take that plunge. The library will be displaying books in that month’s Oddly-Specific Genre each month, and I will be highlighting some here and on our Facebook page. Read along with us and let us know with your comments on the blog or on our Facebook page. Prizes will be in store for those in the Berryville area that conquer at least 10 of these this year!

As winter begins to take hold, there is no better way to start off than with an escape to the fjord side…yes, you guessed it, Scandinavian murder mysteries, aka Nordic Noir (which just happens to be one of my personal favorites.) I’ve talked about my love for Scandinavian fiction here before, but what I love about the books in this genre are their highly atmospheric settings and their psychological insight. Most of the authors I’ve read in this genre are skilled at combining police procedurals with thrillers, and even though these books can be fast-paced, they also tend to be more character-driven than a lot of other mysteries.

With that being said, let the Scandinavian crime spree commence! 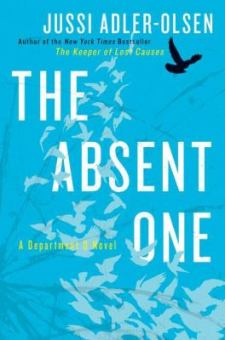 I reviewed the first book in this series a few months ago and since then have worked my way through most of the series. One thing I really like about this series is its focus on cold cases. Most of the other Scandinavian crime thrillers I’ve read tend to focus more on regular homicide investigations, but part of the fun of following Copenhagen-based detective Carl Mørck and his small team of assistants is the challenges inherent in unearthing cases that happened years and sometimes even decades earlier. Though these books can be quite dark–as is true of most books in this genre–I don’t think they are usually quite as gruesome as others I’ve read, and they also have a good sense of humor, which helps contribute to a somewhat lighter tone.

*Some but not all of these books are also available as ebooks and audiobooks on Libby.

Most of the books covered in this post are part of series because, let’s face it, when you have a best-selling book about a detective, people tend to expect follow-up cases. So, if you want to sample this genre but don’t want to devote yourself to a series, try this (one of the original Scandinavian thrillers). Smilla’s Sense of Snow focuses on Smilla, a Greenlander who is an expert on ice. When a young boy falls off a roof in Copenhagen, something about the story just doesn’t sit right with her, and she starts to investigate on her own. Høeg’s work tends to be an odd blend of literary, thriller, and speculative fiction, and if that sounds intriguing to you, then you really can’t go wrong with giving Smilla’s Sense of Snow a try.

Recommended for those who enjoy Ursula Le Guin, Louise Erdrich, and Haruki Murakami. 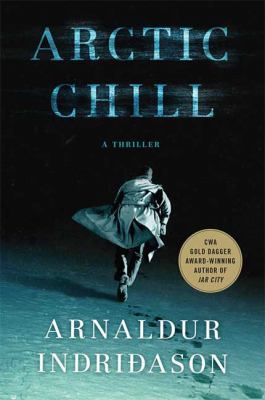 Though most of the Nordic Noir books we have are set in countries in mainland Europe, Arnaldur Indriðason’s popular series set in his native Iceland are another excellent introduction to this genre. The protagonist detective, Erlunder Sveinsson, is a fascinating man, but his stories are also solid, detailed police procedurals. Like many other Scandinavian crime series, this one is highly atmospheric and can be rather bleak. 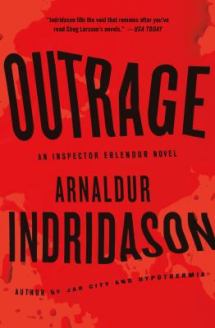 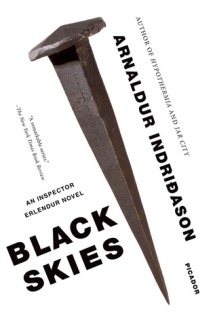 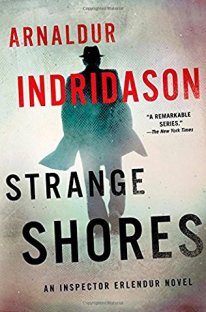 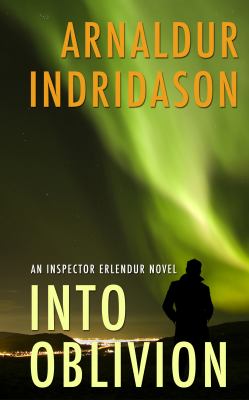 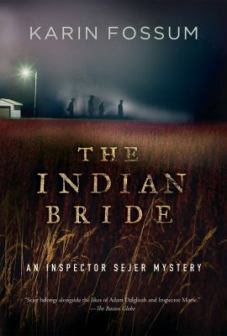 As I’ve mentioned before, these are some of my favorite books. (And it’s really hard for me to pick a favorite.)  I think where Fossum really excels is how psychologically astute her books are. She certainly probes the psyche of her stolid detective Sejer, but to me, she’s at her best when she turns her attention to the suspects and perpetrators. Her books also tend to deviate from norms you’ve probably come to expect in mysteries, so investigations don’t always end tidily and sometimes her detectives are just flat-out wrong. I love that about these books, but realize it may be frustrating to some. As is par for the course, Fossum’s work is frequently dark and disturbing, but it is rarely graphic. Be warned, though, her endings are frequently haunting.

**A couple of these books are also available as ebooks or audiobooks on Libby.

Recommended for those who enjoy Camilla Läckberg and Ruth Rendell. 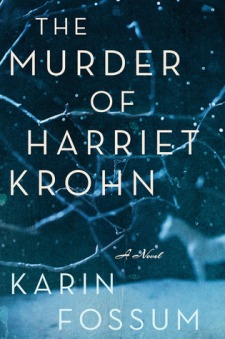 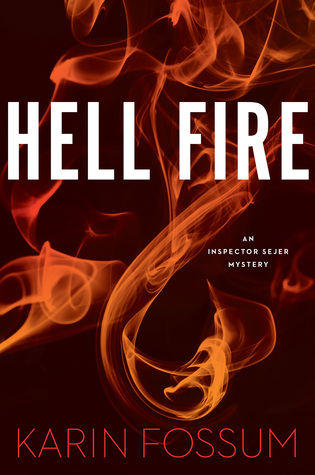 Probably one of the most popular series in this entire oddly-specific genre, these books focus on Oslo homicide detective Harry Hole. Harry has . . . issues, to put it mildly. But he’s also a talented cop, and as a character he is fascinating because he actually does evolve, for both better and worst, as the series progresses. But another warning: these books are not for the faint of heart. The good news, though, is that if you enjoy them, you’ll have a lot of Nesbø’s  work to look forward to this year. In addition to another installment of this series scheduled for later this year, a film adaptation of one of the books–The Snowman–is also slated for release. 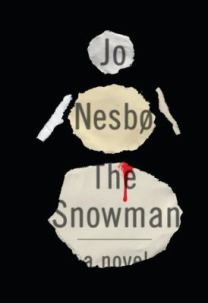 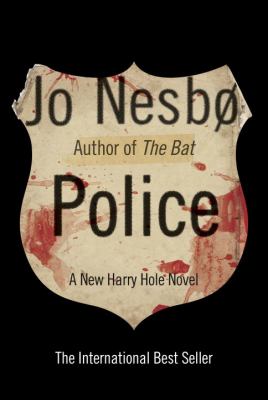 Another good option for people interested in sampling Nordic Noir but reluctant to start a series, this short story anthology features never-before published work from 17 Swedish crime authors. Those authors include big names like Henning Mankell and Stieg Larsson but also writers you’ve probably never heard of. As such, this book is a great option for those who are new to the genre and also those who have read extensively in it and are in need of a new author. After you’ve read this book, you can then search for full-length books from the authors you most enjoyed.

Recommended for those who are curious about the genre but don’t know where to start. 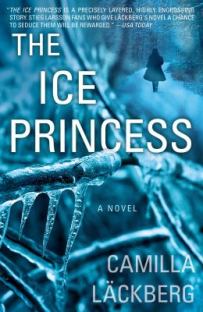 These books feature a tag team of a police detective and a writer and are set in western Sweden. The series features all the hallmarks associated with Nordic Noir, including blending police procedural-type plots with the psychological suspense you’d expect from a thriller and being both character-driven and highly-atmospheric.

****A few books in the series available as audiobooks or ebooks on Libby. 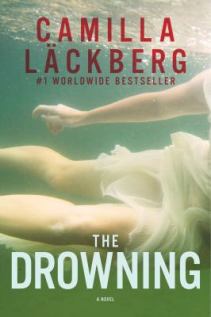 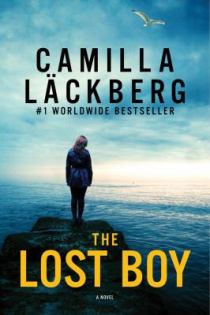 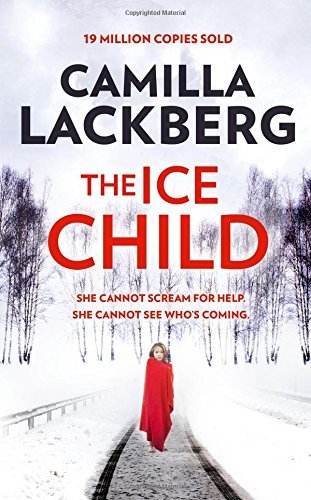 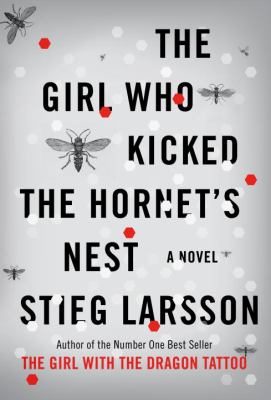 This series is the one that catapulted Scandinavian crime into mainstream fame nearly a decade ago. Rather than focusing on professional detectives, the series follows talented but troubled computer hacker Lisbeth Salander and reporter Mikael Blomkvist as they are drawn into criminal cases. The highlight for this series is probably its fascinating characters. And, yes, the story was technically continued after Larsson’s death by another writer, so if you miss the series and need a follow-up, certainly give it a try. Personally, I must confess to being biased against books that are written that way.

*****Ebooks also available on Libby. Some of the series is also there on audiobook. 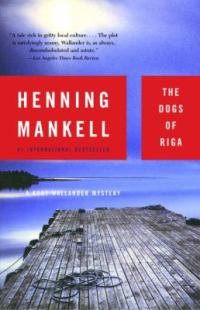 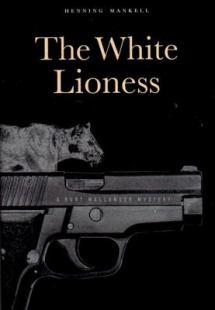 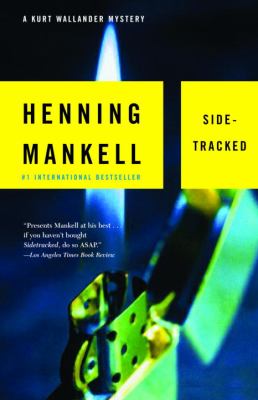 Another one of the better-known examples of this genre, Mankell’s books are some of the original Nordic Noirs, started in the 1990s before murder mysteries with Scandinavian settings became a worldwide sensation. This series helped establish the tone of subsequent Swedish mystery series with its bleakly atmospheric, character-driven stories that focus on detective Kurt Wallander.

******A couple of books in the series also available as ebooks on Libby. 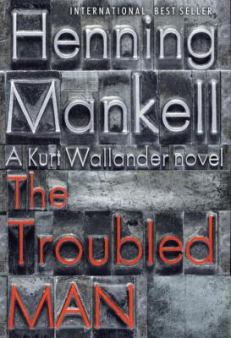 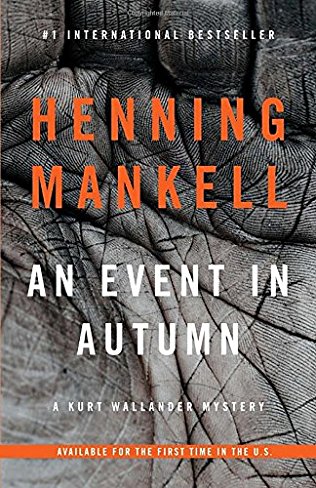 If all the talk of atmospheric, psychological thrillers hasn’t scared you away yet, I would say you are definitely almost on the fjord side already! Follow this link to our online library catalog to learn more.

7 thoughts on “Oddly-Specific Genres: Exploring the Fjord Side”