Off the top of your head, name a one word book title.

No cheating with Google or peeking at the nearest shelf of books!

I only torture you with this test because it actually took me an embarrassing amount of time to think of one word book titles when I first looked at the list of book challenges. My mind just completely blanked out and only could summon up very lengthy book titles.

If you are afflicted by a similar form of selective memory, don’t despair!

I’ve rounded up a selection of one word titles from recent books. As always, for more information on any of the books mentioned below, just follow this link to our online library catalog.

Victor and Eli are college roommates, bonded together through shared loneliness and research interests. Both are intrigued with the idea of superhuman abilities, but when their experiments lead to disaster, one of them ends up jailed and the other harboring a pathological hatred for anyone with superpowers. Schwab received a lot of praise for her complex characters, as well her ability to bring a comic book aesthetic to life in print.

Recommended for those who enjoyed Brandon Sanderson’s Steelman.

If you need something darkly comic: 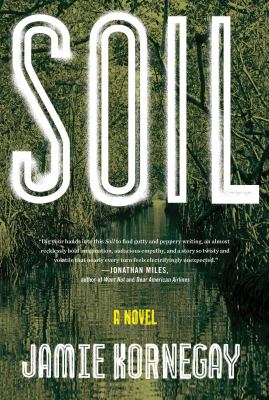 The protagonist of Kornegay’s debut novel is an environmental scientist obsessed with his own soil-based experiments. However, as his academic endeavors and  personal life start to fall apart, his paranoia increases. When he finds a body one day on his farm, he just assumes he is being framed and sets about trying to dispose of it on his own. As you can imagine, complications ensue.

Recommended for those who enjoy Southern Gothic fiction.

If you enjoy mysteries and thrillers:

When their eighteen year old daughter goes missing on a family vacation to the Rockies, Grant and Angela Courtland (and their son) must deal with the fallout of her disappearance. Johnston received a lot of critical acclaim for his insightful character work in this book, and the focus is less on the details of the crime and more on the family’s emotional response to it.

Recommended for those who enjoyed Jacqueline Mitchard’s The Deep End of the Ocean. 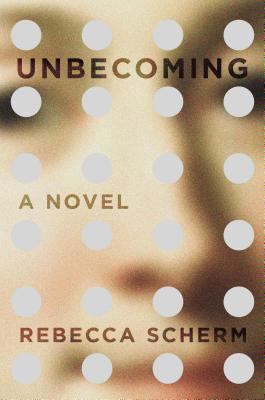 A psychological suspense novel, Unbecoming follows Grace, an American expat living in France who everyone knows as Julia. Everything about her public persona is a lie, though, for the reality of the matter is that Grace is a fugitive in hiding. After escaping a heist gone bad, the authorities are the least of her worries as her former accomplices are released from jail back in America and come looking for her.

If you want to read some YA:

Aza is a chronically ill teenager who sees a ship in the sky one day. Her parents tell her that she’s hallucinating because of her medication, but her friend Jason believes her. She soon finds herself in a fantastical world called Magonia. The good news: She’s no longer sick. The bad news: War between Magonia and Earth is coming. This fantasy with a dash of romance is the first in a planned series, with the second book slated for release sometime late this year.

Recommended for those who enjoyed Neil Gaiman’s Stardust and Laini Taylor’s Daughter of Smoke and Bone series. 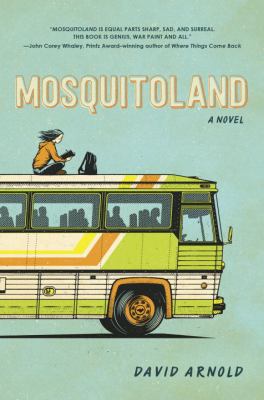 Fifteen-year-old Mim Malone is trapped in Mississippi with her father and new stepmother when she learns that her mother back in their native Ohio is sick. Mim takes matters into her own hands by running away and taking a bus to reach her mom. This book follows her own personal growth, as well as her quirky adventures, on her way back home.

Recommended for those who enjoy John Green’s work.

Have you read any of these books? What’s your favorite one word title? Tell us in the comments!

P.S. Don’t forget the Berryville Library is on Pinterest! Be sure to follow us, so you don’t miss any of the craft pictures/instructions we upload!

2 thoughts on “2016 Library Challenge: A Book with a One Word Title”