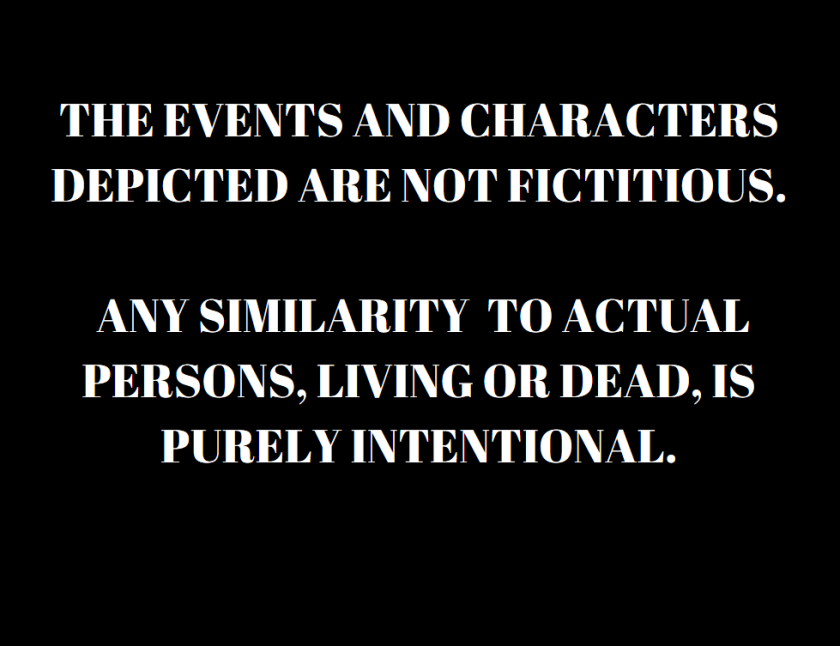 “Based on a True Story” – words that stop you in your tracks or make you want to run?

If you, like me, think those words on the cover of a book are magical, how do you feel if a few days or weeks later, you learn that, though it is based on a true story, the author has taken a bit of creative license with his or her book? Are you okay with the author making changes? Or is that a deal breaker for you as a reader?

I spend a perhaps inordinate amount of time thinking about some of these issues because I enjoy reading history and historical fiction, and I am also interested in looking at works of adaptation–a category I lump “books based on true stories in” because I see some parallels between that and “movies based on books.” (More on that later.)

And, for me, a lot of my reactions to authorial changes hinge upon the specific example in question, especially in regard to the author’s intent and transparency on the subject.

Going back to my point about books adapted into movies and its connection with books based on true stories, the more I’ve thought about books adapted into films or television shows over the years, the more sympathy I have for filmmakers or television showrunners tasked with translating one medium to another. I realize that not every single scene from a book can and should be included in an adaptation for practical reasons; likewise, I understand that translating historical events into a coherent story line for a novel does require some objective consideration of what to include and what to omit.

So, if the changes are being made for a pragmatic reason and doesn’t alter the gist of the story, that doesn’t bother me. However, I am bothered by changes that stem from the novelist thinking that the audience will be “bored” with the real story, so alterations must be made to liven things up to grab the audience’s attention.

Likewise, if the author is open about the changes they have made and why, I am less likely to be angry about it. I get much more irritated by authors whose books are hyped as being exceptionally accurate only for that assertion to fall apart upon further examination. I think in a lot of those cases, more transparency in promoting the work wouldn’t have resulted in backlash–at least from me, and I imagine a lot of other people, as well–once it is unveiled that such a claim is not true. And I am also more forgiving of novels based on true stories than nonfiction, simply because I think advertising something as nonfiction creates much more of an expectation of accuracy.

A recent authorial change that worked for me is when I was reading Hilary Mantel’s foreword to her Bring Up The Bodies, which chronicles the downfall of Anne Boleyn. Mantel acknowledges that she does omit some peripheral characters, partially because their stories were repetitive in relation to other characters who were already in the story and partially because they didn’t have much bearing on the story in any other way.

In keeping with the reasoning I outlined above, Mantel’s pragmatic decision to not include a few peripheral characters really doesn’t bother me. And for me, omitting storylines or characters that are not essential to the main story–provided that doing so doesn’t drastically alter the main story –is less problematic than embellishing or adding things that did not happen. Likewise, her open acknowledgement of this decision also makes me more willing to accept it.

So, all in all, if an author is going to use those special words “Based on a True Story” on the cover, he/she better stay true to that story . . . or risk my wrath as a reader!

What are your thoughts on books based on true stories? Do you like reading them? Does it irritate you when the author has changed things? Why or why not? Tell us in the comments!