Are you a fan of memoirs? They’re one of the categories on the reading challenge we’re doing this year, and one thing I’ve noticed from working in the library is people tend to either really enjoy reading them or they don’t. Personally, I like a good memoir, but I must confess, it’s not usually something I think to pick up on my own. I shared my own book for this challenge last week, but in researching selections for this post, I also found a wide range of memoirs that, hopefully, will appeal to readers who enjoy the genre and read widely in it and those who don’t. If you’re interested in learning more about any of the books mentioned below, please follow the link to our online catalog.

If you want to read a nature-themed memoir:

Looking for adventure but without the means to travel? Accompany Mathiessen on his trek into the Himalayas. Chronicling an expedition undertaken in the early 1970s, Mathiessen writes of his journey with George Schaller, a zoologist, in which the two men seek to view the majestic yet elusive snow leopard.

Recommended for those who enjoy George Schaller and Eric Hansen.

Another nature memoir from the 1970s but with a setting much closer to home, Annie Dillard’s book is a collection of essays about a year in Virginia’s Appalachian Mountains. With her trademark lyricism and reflection, she observes the changing seasons and records the natural beauty that surrounds her.

If you want to read the memoirs of the rich and famous:

If you’ve ever heard anecdotes about the American expatriate authors who resided in 1920s Paris and partied together and wished you were there, reading Hemingway’s account of those heady times might be the best substitute, in lieu of finding a time machine. In it, he reminiscences about the years before he was a published writer, when he lived in post-World War I France with his young family and was a favored protégé of Gertrude Stein and a friend to F. Scott Fitzgerald.

Recommended for those who enjoy Davd G. McCullough’s The Greater Journey

Interested in reading a celebrity memoir but Hemingway isn’t really your thing? Consider Princess Leia’s memoir. Or, rather, Carrie Fisher’s uproariously funny memoir that covers, among other things, her time as Princess Leia, as well as her famous parents, her marriages, and her struggles with mental health issues and addiction. Not many writers can effectively mine humor out of dark subjects, but Fisher won a lot of acclaim for her honesty and the sense of humor she displays throughout this memoir.

Recommended for those who enjoy Debbie Reynolds’s Unsinkable and Rob Lowe’s Stories I Only Tell My Friends.

If you want a gritty childhood memoir: 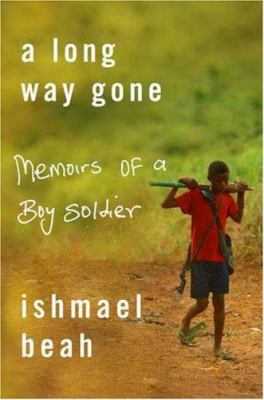 If you’re up for a gripping but especially disturbing memoir, consider trying Ishmael Beah’s story of childhood in war-torn Sierra Leone. Initially a victim of the violence, he was recruited at the age of thirteen to serve as a child soldier in the government military. Beah is painfully honest about his experiences, but fortunately, despite the horrors that he  witnessed and sometimes perpetuated, his memoir is not solely about this dark period in his life. It also chronicles his escape and immigration to a much more peaceful life in America.

Recommended for those who enjoy Somaly Mam and Uwem Akpan.

Author Rick Bragg recounts his impoverished, hardscrabble childhood in rural Alabama in his memoir All Over but the Shoutin’, as well as the stories of his parents, his enigmatic, frequently-absent father and his devoted mother. I haven’t read this book, but I do remember reading an excerpt of it, the chapter about his parents’ courtship. I’ve often found writer’s depictions of their parents problematic, usually because the author is fueled by too much sentiment or anger to depict them in a way that is relatable for an outsider. Bragg sidestepped all of this, though, by presenting his mother and father with their flaws intact but also without judgment or resentment. Based on that excerpt, I’m looking forward to reading this book in its entirety.

Recommended for those who enjoy Ron Rash and Mary Karr.

If you want to read a memoir that might make you hungry:

Not interested in reading about famous people or sad childhoods or nature? Consider instead Gabrielle Hamilton’s memoir, which chronicles her journey to opening her own restaurant in New York City. Hamilton, though, isn’t your traditional chef-turned-restaurateur. She didn’t start as an apprentice in a prestige eatery. Instead, her journey starts on a farm in Pennsylvania and carries her through her experiences as a caterer and a children’s summer camp cook, among other things. The common thread in the experiences she shares, though, are the joys of food and especially the comfort that it brings.

Recommended for those who enjoy reading Anthony Bourdain’s work and Julia Child’s My Life in France. 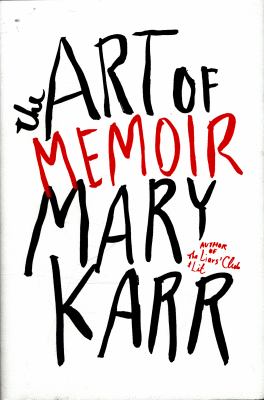 Did you read through this post and think, “Hey, my life has been pretty eventful. It would make a great memoir!”? In that case, perhaps instead of reading one of the suggested books, you should instead pick up Mary Karr’s The Art of Memoir for some tips on how to write your own. A noted memoir writer who has also memoir writing for years, Karr draws on her own experiences, as well as those of others who have written memoirs, as she discusses the craft of sharing your own life with others through writing.

Are you a fan of memoirs? What’s your favorite memoir? Have you read any of these books? Tell us in the comments!