For the month of May, we’re going to be focusing on authors–we’ll be looking at the various author-specific challenges from the 2016 Library Challenge, we’re highlighting authors who’ll be at Books in Bloom later this month, and we even have a display set up at the front of the library to spotlight author’s first novels. So, it only makes sense for us to kick off our focus on authors with a post about reading an author’s first book. I must confess, while I was researching this post, I was really startled to learn some of these books were these authors’ debuts because they already possess such polish.

As always, if you’re interested in any of the books featured in the post, you can learn more about them on our online library catalog. 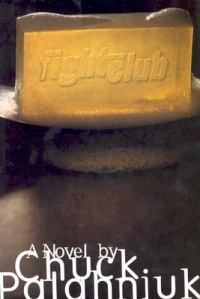 This book is one I was really surprised to learn was a debut novel. I read it a few years ago and just assumed Palahniuk was an established author when he wrote it because it is so self-assured. Fight Club certainly isn’t for everyone–what with its literal fight club, illicit soapmaking, and the characters’ declaration of war on consumer culture–but it’s undeniably a hilarious, thought-provoking, disturbing book. And if you think you can pass on it just because you also watched the also excellent film adaptation with Edward Norton and Brad Pitt, think again! There are enough differences between the novel and the movie to warrant giving this book a try. 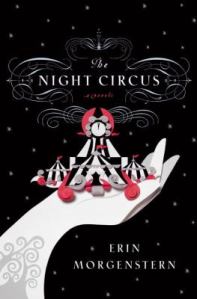 If you prefer your reading list to focus less on nihilistic soapmakers and more on a fantastical romance, consider The Night Circus. The pair of circus performers embroiled in the fantastical romance are Celia and Marco. Attached to rival circuses and blessed with supernatural abilities since childhood, they are supposed to be enemies, but they both fall in love, unaware that this competition that their respective employers devised years ago has a far more sinister endgame than either could ever imagine. 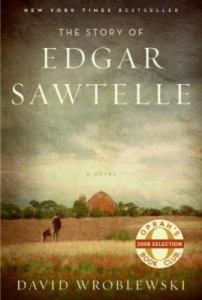 If you enjoy literary fiction, try David Wroblewski’s debut novel from several years ago. A retelling of Hamlet that is set in a 1970s Wisconsin dog breeding family business, The Story of Edgar Sawtelle definitely pays homage to its source material, but it’s also a fascinating read on its own, primarily because the protagonist is such a likable character.  This book is not a page-turner by any means–the plot slowly unravels only after the author develops the setting and characters. If you prefer a story that moves more quickly, this may seem tedious, but as long as you don’t mind a slow burn, it’s an excellent read. 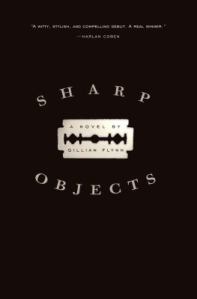 Gillian Flynn is best known for her bestseller Gone Girl–and justifiably so. But she was garnering critical acclaim a few years before Gone Girl with her debut novel Sharp Objects. Equal parts thriller and mystery, the novel follows reporter Camille Preaker home to Missouri, where she investigates a brutal murder. The authorities are convinced the killer is not local to the area, but Camille has her doubts and launches her own investigation, which also takes her back to the dysfunctional childhood she had tried to put behind her. 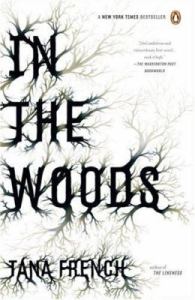 Tana French’s debut novel is similar to Sharp Objects in that it is equal parts police procedural and thriller. The setting, though, for this book is Ireland, and the protagonist is Detective Rob Ryan, who is investigating the murder of a 12-year-old with his partner. However, the crime is more complex than initially meets the eye because it is eerily similar to the disappearance of two of Ryan’s childhood friends, an event he was present for but that he can no longer remember. Ryan races to investigate the current murder, while he also struggles to unlock his own memories of that horrible night long ago. 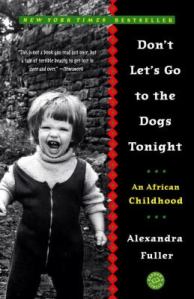 If you prefer nonfiction, try Alexander Fuller’s memoir about her childhood in 1970s Zimbabwe (then Rhodesia). Fuller’s family relocated to Africa from their native England when she was a toddler, and she came of age in the middle of the Rhodesian Civil War. In this critically-acclaimed memoir, she details her experiences in that tumultuous period. If you end up enjoying Fuller’s work, you’re in luck because she’s also written several subsequent memoirs about her life, as well as her parents. 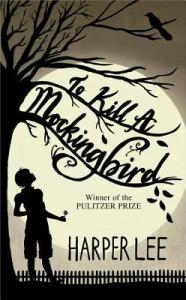 If you want to revisit a classic debut novel, it’s hard to do much better than Harper Lee’s To Kill A Mockingbird. Lee’s poignant, funny coming-of-age novel won a Pulitzer Prize and is frequently assigned reading in schools, but it’s easy to forget how readable this book is. Scout is a delightful protagonist, and the lessons she learns in Depression-era Alabama from her kindly father have resonated with readers for decades with good reason.

Of course, if you followed the drama surrounding the release of the sequel Go Set A Watchman last year, you also know that Lee only wrote To Kill A Mockingbird because her publisher, upon examining the manuscript for Go Set A Watchman, which is about an adult Scout, encouraged her to focus instead on the flashbacks to the character’s childhood. So,  even though To Kill A Mockingbird was Lee’s debut novel, Go Set A Watchman is actually the first book Lee wrote. In a sense, Lee’s books are the ultimate chicken or the egg debate when it comes to books, and you could read either one for this challenge.

******Both books are also available as ebooks and audiobooks on Libby. 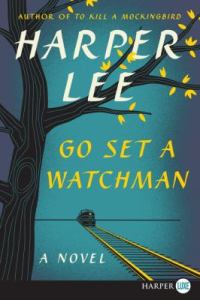 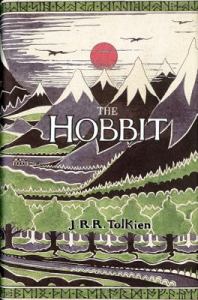 If you prefer some high fantasy, J. R. R Tolkien’s The Hobbit is another iconic debut novel. I must confess, as much as I enjoy Tolkien’s Lord of the Rings books, I actually prefer The Hobbit, primarily because I loved the book’s sense of humor.Besides, I’ve always just adored Bilbo and the story of his journey. If it’s been years since you visited Middle Earth–or if you’ve never been, The Hobbit is a great gateway.